Complete the form below to receive the latest headlines and analysts' recommendations for Zymeworks with our free daily email newsletter:

In other news, Director Troy Cox acquired 7,500 shares of the business’s stock in a transaction on Monday, January 27th. The shares were purchased at an average price of $46.50 per share, for a total transaction of $348,750.00. Following the completion of the purchase, the director now directly owns 7,500 shares of the company’s stock, valued at approximately $348,750. The transaction was disclosed in a document filed with the Securities & Exchange Commission, which is available through the SEC website. 4.80% of the stock is currently owned by insiders.

Zymeworks Inc, a clinical-stage biopharmaceutical company, engages in the discovery, development, and commercialization of bio-therapeutics for the treatment of cancer in Canada. The company's lead product candidates include ZW25, a bispecific antibody that is in Phase I clinical trial for the treatment of breast and gastric cancer; ZW49, a bispecific antibody-drug conjugate that is in preclinical stage for treating breast and gastric cancers, and solid tumors.

See Also: What are the benefits of a balanced fund? 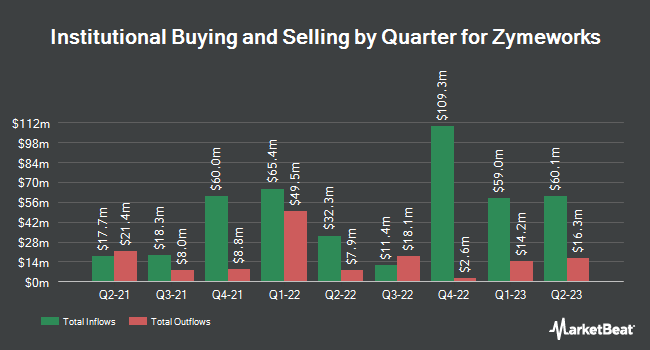