Complete the form below to receive the latest headlines and analysts' recommendations for Everbridge with our free daily email newsletter:

Wall Street analysts expect Everbridge Inc (NASDAQ:EVBG) to announce sales of $68.46 million for the current fiscal quarter, Zacks Investment Research reports. Eight analysts have provided estimates for Everbridge’s earnings, with the lowest sales estimate coming in at $68.30 million and the highest estimate coming in at $68.70 million. Everbridge reported sales of $52.55 million in the same quarter last year, which would suggest a positive year-over-year growth rate of 30.3%. The company is expected to report its next quarterly earnings results on Monday, November 2nd.

Everbridge (NASDAQ:EVBG) last posted its quarterly earnings data on Thursday, August 6th. The technology company reported $0.06 earnings per share (EPS) for the quarter, topping the consensus estimate of ($0.21) by $0.27. Everbridge had a negative return on equity of 18.80% and a negative net margin of 30.20%. The business had revenue of $65.40 million for the quarter, compared to analysts’ expectations of $63.00 million. During the same quarter last year, the firm earned ($0.04) earnings per share. The business’s revenue was up 35.1% on a year-over-year basis.

Everbridge, Inc operates as a software company in the United States and internationally. The company's Critical Event Management, a software as a service based platform with various software applications that address tasks an organization has to perform to manage a critical event, including Mass Notification that enables enterprises and governmental entities to send notifications to individuals or groups to keep them informed before, during, and after natural or man-made disasters, and other emergencies; Safety Connection that enables organizations to send notifications based on last known location of an individual; Incident Management that enables organizations to automate workflows and make their communications relevant; and IT Alerting that enables IT professionals to alert and communicate with members of their teams during an IT incident or outage.

See Also: What does a hold rating mean? 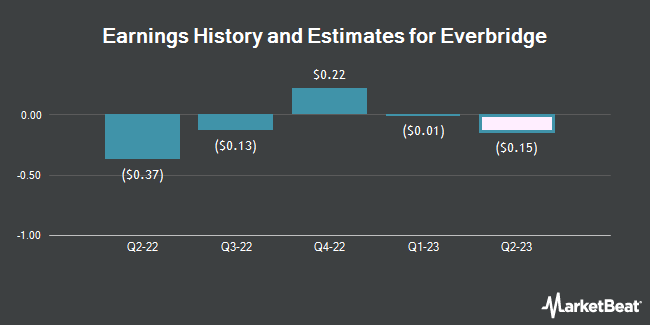