Complete the form below to receive the latest headlines and analysts' recommendations for ZALANDO SE/ADR with our free daily email newsletter:

ZALANDO SE/ADR (OTCMKTS:ZLNDY) Given Consensus Recommendation of “Hold” by Brokerages

Shares of ZALANDO SE/ADR (OTCMKTS:ZLNDY) have been assigned a consensus rating of “Hold” from the fifteen ratings firms that are covering the stock, Marketbeat.com reports. One investment analyst has rated the stock with a sell rating, six have issued a hold rating and eight have issued a buy rating on the company.

Zalando SE operates as an online fashion and lifestyle retailer in Europe. It offers a range of products, including shoes, apparel, accessories, and beauty products for women, men, and children. The company also sells its products through its Zalando Lounge; and brick-and-mortar stores in Berlin, Frankfurt am main, and Cologne.

Read More: How does a 12b-1 fee affect fund performance? 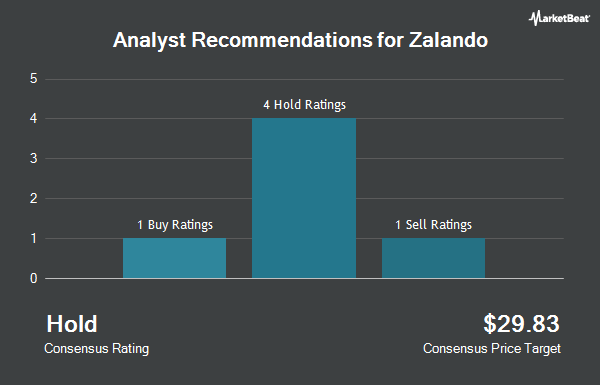